Cosmopolitan – a world in which the entire planet has become a village with racial and intellectual differences due to the information and transportation revolution. We are witnessing interesting and strange fusion in human society if we take a brief look at the history of human civilization on the planet. When the Humen went through a tribal era and was able to establish cities and empires and the ancient world included different empires system can be compared to the organic system in which one alone person is mean as an element in the hands of the emperor and this world slavery is not strange.

With the Treaty of Westphalia in 1648, which was concluded between most European countries, literally, nation-states emerged with equal rights as a political unit, and this system could be modeled on Newtonian physics, in which components interact and exchange forces. But with the information revolution and the advancement of transportation and the increase in international exchanges of goods and services, the borders of the Nation-State became permeable and out of their rigid state, as if a global citizen was born and we have all more or less realized his birth.

Citizenship of a nation-state or belonging to a particular ethnicity, although not lost, but belonging to a world as a global citizen is constantly expanding and growing and evolving.

Towards cosmopolitanism is a human process, not a project. In this world, problems such as diseases, wars, the spread of poverty and homelessness, hunger and water scarcity…. It is not just a country-specific problem or a leak of radioactive material from the Chernobyl nuclear reactor that has affected not only the people of Ukraine but the people of its region, Europe, and even the world.

Our effort is to identify the real globalization, not the globalization project, which is more of an effort toward specific aspirations. Certainly, the people of the world cry out for freedom, the abolition of new slavery, torture, distance and avoidance of war, the use of horrific weapons and equal rights, and fair wages. Although there are cultural differences, the general examples of human rights are clear and the same for human beings.

And Imam Ali (AS) in a letter to Malik Ashtar (his appointed ruler of Egypt) says:

“Develop in your heart the feeling of love for your people and let it be the source of kindliness and blessing to them. Do not behave with them like a barbarian, and do not appropriate to yourself that which belongs to them. Remember that the citizens of the state are of two categories. They are either your brethren in religion or your brethren in kind. They are subject to infirmities and liable to commit mistakes. Some indeed do commit mistakes. But forgive them even as you would like God to forgive you.”

We try to explore more the areas of politics, society, the environment, energy and health, and the optimal way of governing (not just governments).

The way of governing is not only related to a particular government and their behavior, but also includes the political culture and behavior of the citizen and groups, organizations, and parties in society.

Human rights, in general, can be considered the Common Chapter of nations, but their specific instances vary depending on the culture and beliefs.

Global crises such as dangerous diseases, water, and food shortages, and important health challenges are issues that cannot be overcome without global coordination and effort, and all citizens of this world are responsible for it because we are all affected by these issues and do influence on it. 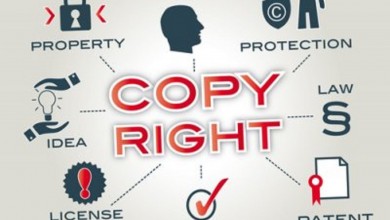