There has been an effort to state and verify the impact of the trend of democracy seeking by nations on the United Nations’ structure. The research begins by introducing the series of conceptual changes in democracy.

Then, after explaining the direction of democracy in today’s world and how democracy should be to meet the needs of the humanity of the third millennium, the elements of the final model are extracted. In the next section, amendments and modifications, as well as orders and decisions made by the UN concerning this issue, are studied. In chapter four, the effects of the democracy-seeking trend on the improvement of the UN’s structure are addressed. Today’s mankind is in need of universal support to fulfill their needs. To this aim, no organization is as legitimate and plausible as the UN. Thus, to be more efficient and to react to the pressures imposed by world communities, the UN has embarked on extensive changes. In the end, more theoretical deepening of such changes is recommended.

The United Nations in the second decade of the 21st century :

After the Cold War, the components of power shifted from the hard and secure to the soft and intelligence components. And soft power along with hard power was used as smart power in campaigns.

Hard components of power in the United Nations:

– The military force under the command of the United Nations

– The armed forces of the member states under the command of the United Nations.

– Security Council resolutions and their binding

– Resolutions of agencies and their councils

– The media position of the United Nations

– The General Assembly of the United Nations

– Powers of the Secretary-General

But what happened in the pro-democracy events of the second decade of the 21st century, including Tunisia, Libya and Egypt, and other politically inflamed areas.

It was to some extent a demonstration of the intelligent power of the United Nations, which used diplomatic and soft tools when necessary and, if necessary, based on the same components of its soft power with the components of its hard power against human rights abuses. We can name the NATO invasion of Gaddafi-dominated Libya with the permission of the Security Council.

But what is painful is that the United Nations, under the influence of the great powers, still does not have the necessary efficiency to resolve or reduce crises.

The United Nations function had been locked in a security core since its inception, with the rise of democratization in the second half of the twentieth century, especially after the Cold War, pushing it away from the security core.

Suggestions for improving the reform situation at the United Nations:

The changes that have taken place in the United Nations, or in plans such as the Third Millennium Order, in a safer world and more freedom, or in the Secretary-General’s Action Plans, do not have a sufficient theoretical basis and are based on strategic thinking. 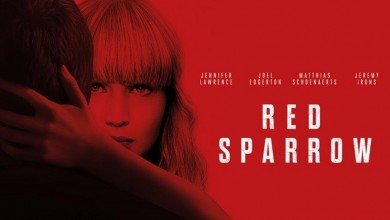 ….. Hey Guys, Do not be like Jacob from New York, He is living in