Where are European and Western human rights? That is where the money lords want

Ten years ago till now.

Thieves who pollute pure ideas and thoughts with their sinister goals create many problems for all of humanity.

In the part where a picture of Cyrus and Trump was shown. The symbol of Iran is the lion and the sun with the sword, which is really funny and shows the nature of the thief and their fraud.

First, the flag of Iran in the time of Cyrus was the flag and emblem of Forouhar, and in the Sassanid era, the flag of Kaviani and the flag of lion and sun in the Qajar and Pahlavi eras without a crown, unless it is a symbol of the monarchy, not nationality.

Mixing everything together and holding a bitter circus of historical discussions with the participation of fraudsters and swindlers like Trump.

Flag demonstrations and insults to the Holy Prophet PBUH due to helplessness and anger.

yes, we know that why?

From polygamy in ancient times, sacrificing the only son and evangelizing the promised prophet

Anyone who hates Israel will die.

Messiah will come soon, and all the Arabs will die, and everyone who is not a Jew will die.

The opposite version of Jacob. 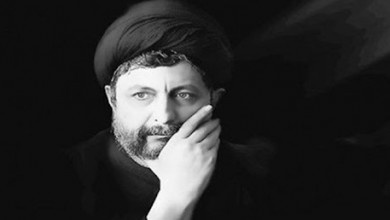 From polygamy in ancient times, sacrificing the only son and evangelizing the promised prophet